Skip to main content
Showing posts from August 4, 2012
View all 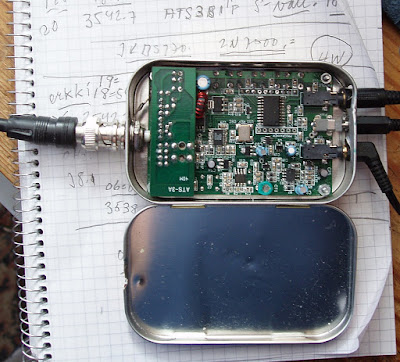 QSO With An Altoids Tin

Today I had a CW QSO on the 40 m band with an altoids tin! Yes it is true. It is a high-tech cw transceiver built into an altoids tin. The builder and owner is Einar SM5CBC in Norrköping in Sweden. The 4 W transceiver is an  ATS-3A  designed by KD1JV . I am an admirer of Einar to have built this transceiver with its very small surface mounted parts. My sent report was 559 (peaking 579) and my received report with the FT-817 5 W QRP transceiver and indoor antenna was 239 (peaking 449). The distance between SM0FOB/2 and SM5CBC/QRP  is 847 km. Photo by Einar SM5CBC The newest version of the transceiver is the ATS-3B . Einar has one in store for his next kit project. Below is an ATS-3B video by KC7FYS . 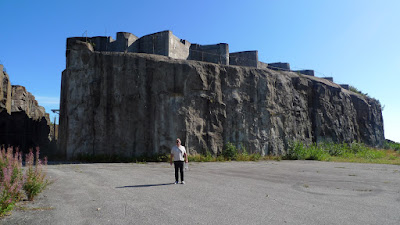 During the first world war the secret Boden Fortress was completed with its five very huge forts blasted into mountains surrounding Boden city in northern Sweden. They all were abunded as late as in 1998. The Rödberget fort is now a major tourist attraction in Boden. Björn, SM0YUZ knows a lot of these places and he took me on a guided tour to some of them. Many photos can be seen here (sorry text in Swedish) and here you can read the fascinating story of Boden Fortress. Björn, SM0YUZ standing in front of the huge Stora Åberget fort. The ugly Radiobunkern in Boden Fortress is a historical site as it was from here in 1921 the first public broadcast programmes in Sweden were transmitted. Link to an article in a Swedish newspaper. 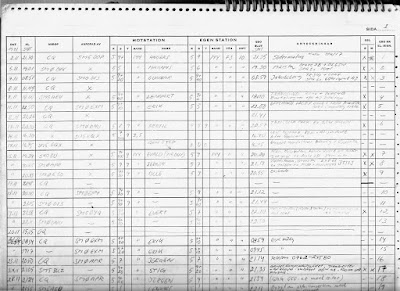 This is the first page of my very first amateur radio logbook. My first amateur radio contact was with Anders SM5DOP answering my CQ on 144 MHz on 2 Nov 1971 (38 years ago). My QTH was Trångsund near and south of Stockholm. My equipment was a Heathkit HW17 transceiver with FM modulation and 10 W input transmit power. This transceiver with its superregenerative receiver was called "Blåslampa" in Swedish. The antenna was a Halo antenna. SM5DOP´s QTH was in Södermalm in Stockholm, so the distance was not very far between us. Since many years my logbook is of course computerized. Now I am using the Ham Radio Delux logbook software developed by Simon HB9DRV. See some of the user interfaces above. With the Ham Radio Delux logbook you can perform an analysis of the logbook content. Here is the link to where you can download a detailed analysis of my logbook since 26 December 1993: http://cid-eb47ba16c19c43a8.skydrive.live.com/self.aspx/.Public/HRD%20Logbook%20Analysis%20Re